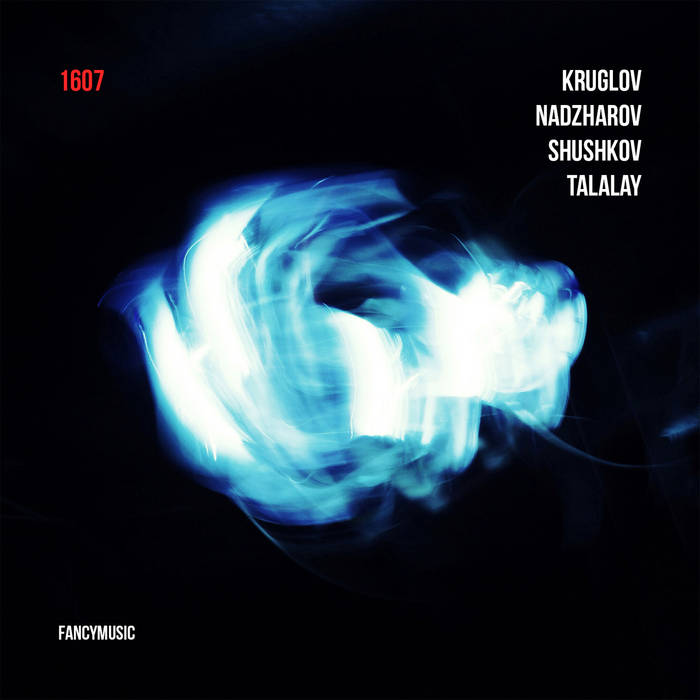 Paco A real jazz epic.
After several months of listening, I find myself feeling sorry for people who don't have this music in their lives. Favorite track: Luminescences.

In the summer of 2014 in the Moscow park “Museon” on the stage of the summer cinema a series of evenings under the title «Silent movie – live music» took place. Sergey Krasin offered our quartet to take part in scoring of the film "Zvenigora" by Alexander Dovzhenko. The idea seemed so appealing to us, that we started working on it right away. It was decided to choose the path of electro-acoustic, noise, improvised and authorial directions using "straight" rhythms, where certain metro-rhythmic elements would serve only as a starting point for further transformation. The idea was for these elements to be influenced by the melodic basis and structure without being an idea-forming kernel.

We all really liked this project and Sergey Krasin offered an even more exciting idea – to make a studio recording of the music that was born during the process of preparation for the film. As a result, July 16, 2014, we gathered at the Vladimir Osinsky Studio and started to work. Studio work has allowed to have a more structural and thorough approach to music, without any inner references to the images of the film. Quartet members contributed their ideas, filling compositions with a spatial effect bearing a personal color and a very fragile attitude toward what was happening to each of us. Each sound and even every color of the sound living within the polyphonic field has its own metaphorical meaning. Figurative saturation and semantic polarity fit into the overall fabric and the idea of an ontological understanding what is happening. In this context, it is possible to speak generally not about real sounds, but echoes that are born, echoes searching for each other or already connected together. In any case, 1607 references not to the images, clear and temporary, but to the idea that these echoes only seem to the listener. Moreover, the main concept behind the project is the ideas being born at the studio on the day of recording.

The project has a hidden program or rather a tendency thereto and all the album pieces have titles in the plural form. I see this as a special symbolism expressed in contrasting, although bordering aspects. Certainly, this diversity is made possible with help of such a strong quartet. The participants of 1607 are different, but united by the idea of finding something new. For me this work on the project has been a pure joy, because there couldn’t be anything better than playing with such amazing musicians! It's hard to believe, but after long years of our collaboration with an incredible composer and pianist Alexey Nadzharov it’s the first album made together! We’ve played with Peter Talalay since the mid 90's and I'm really glad that we played music built on such multifunctional ideological formations. Denis Shushkov always finds his own unique sound in every project, and it is just incredible! Dear friends, thank you so much! Special words of thankfulness are to Sergey Krasin. We've worked a lot on audio mixing, electronics and it was unforgettable. Arguments and discussions to find the right solutions in form and sound showed a living, creative laboratory where projects such as 1607 are born.