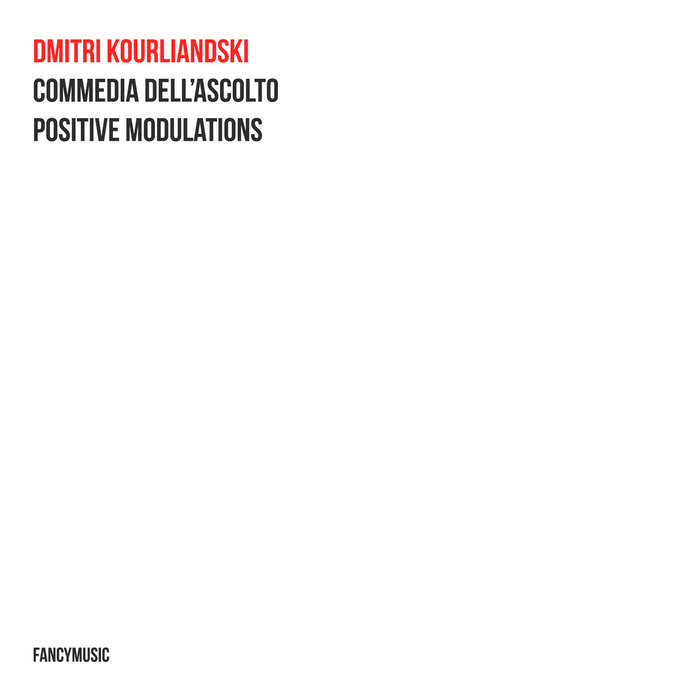 The feature of this CD is interactivity. “Commedia dell'Ascolto” offers the listener to join the performance - the instruction you will find inside. “Positive Modulations” - background music, a kind of minimalist lounge.

Performance instructions (you can perform the piece while listening to it):

insert the disc in the cd-player, press play, volume - not loud, quite soft

sing any song/melody in your mind
sing aloud (softly, to yourself) no more than one sound per half minute*
don't lose the continuity of the sung melody
one of the sounds can be sung for as long as possible

perform any musical piece in your mind
play aloud (softly, to yourself) no more than one sound per half minute*
don't lose the continuity of the performed piece
one of the sounds can be played until the end of the breath/bow/resonance
__

* the action can be performed at any moment within the half minute - closer to its beginning, end or in the middle; follow your inner feeling of time