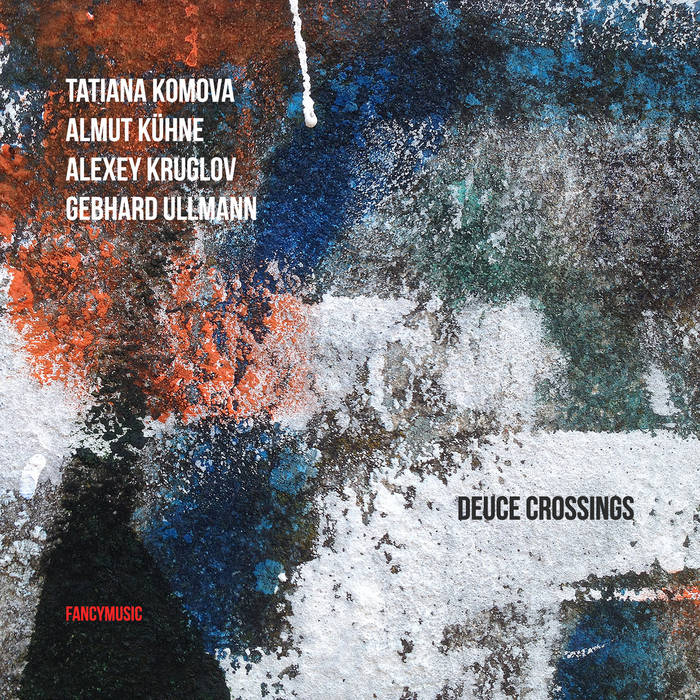 Four people gathered at the Electrotheatre Stanislavsky Studio on October 14th, 2017, the day after the joint concert of two projects, held at Cultural Centre DOM: Leo Records Festival in Russia and the Goethe-Institut “Jazz in the Autumn”. Two women and two men, two from Germany and two from Russia, two saxophonists and two vocalists - representatives of two generations. All of them are well-known masters in the field of new improvisational music, each has his and her own artistic technique, approach, style and language. All four have a rich artistic experience, acquired in different fields.

Multiple intersections of pairs of this quartet create the possibility of a wide variety of combinations and points of creation of tensions, conflicts and their resolution. Most of these combinations are implemented in a spontaneously assembled music of the ensemble, gathered for the realization of their ideas in an unusual place. Radical productions are being born in the building that connects the archaic Stanislavsky drama theater and the principles of generating artistic innovation, associated with new strategies of direction. The cash of eternal beginnings of the world and a new perspective on a human being was the source of musical intersections of duets, instruments, languages, and generations in a project that received the matter-of-course title “Deuce Crossings”.

Composed by: Tatiana Komova, Almut Kühne, Alexey Kruglov, Gebhard Ullmann
Lyrics by: Alexey Kruglov “Пыл рек красен” (The heat of the rivers turns red) [5], interpretation of the German
folksong “Weißt du wieviel Sternlein stehen?” (Do you know how many stars there are shining in the sky?) [5]