I Fear No More. Selected Songs and Meditations of John Donne 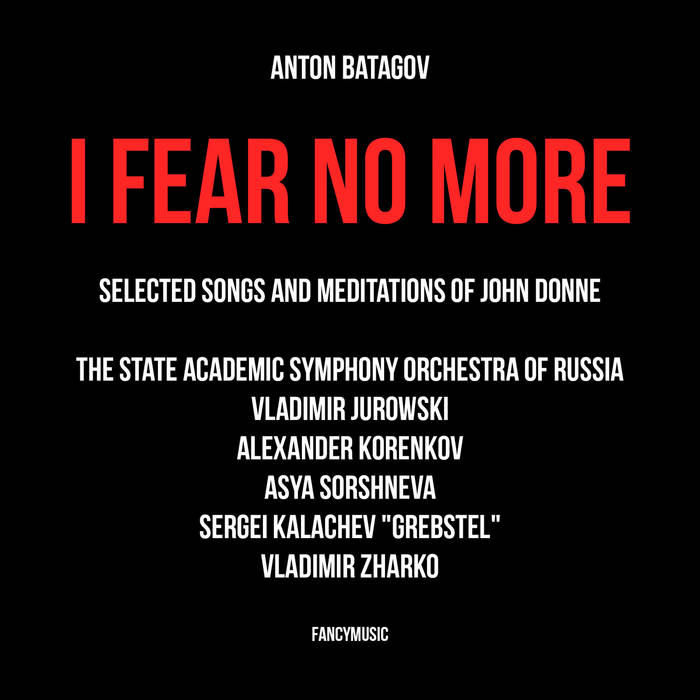 Bob Spector This passionate, dramatic, gorgeously orchestrated song cycle -- in reality, a picture of the extraordinary Donne -- shares characteristics of great symphony and great movie music (and and in spots has the rhythmic insistence of rock). Singer Korenkov's accent is at first strange to native English speakers, but his versatile voice meshes wonderfully with the deep-voiced orchestration; he puts into his performance the emotion that the material calls for. This isn't just entertainment.. Favorite track: The Message.

When Vladimir Jurowski suggested that I write something for the State Symphony, the idea of a vocal cycle to the poerty of John Donne emerged immediately, in the course of our conversation, as if John Donne himself came to us and said:

- Gentlemen. I have wanted to talk about something for a long time. I think it’s time to do it now.

John Donne (1572 – 1631), English poet, priest, mystic, philosopher, alchemist. A man who had no fear of death because he knew that it was not the end but a long-awaited moment of renewal and cure, a moment when you are being “translated into a better language” like a chapter from a book – a language much more beautiful and perfect – to become part of a global library “where every book shall lie open to one another”. A man who used the word “meditations” for his sermons. A man who uncompromisingly rejected everything that did not lead to the ultimate truth. A man who knew what true love was. Love that cannot be stopped by death. And he knew the difference between that love and an illusion people usually mistake for love. The one who has that knowledge sees no border between He and She, between You and I, between heaven and earth. One who has that knowledge is aware that parting does not imply loss. One who has experienced such love gives no more way to grief. One who has experienced such love fears no more.

If you like I Fear No More. Selected Songs and Meditations of John Donne, you may also like: