Where We Are Not. Letters of Mother Seraphima 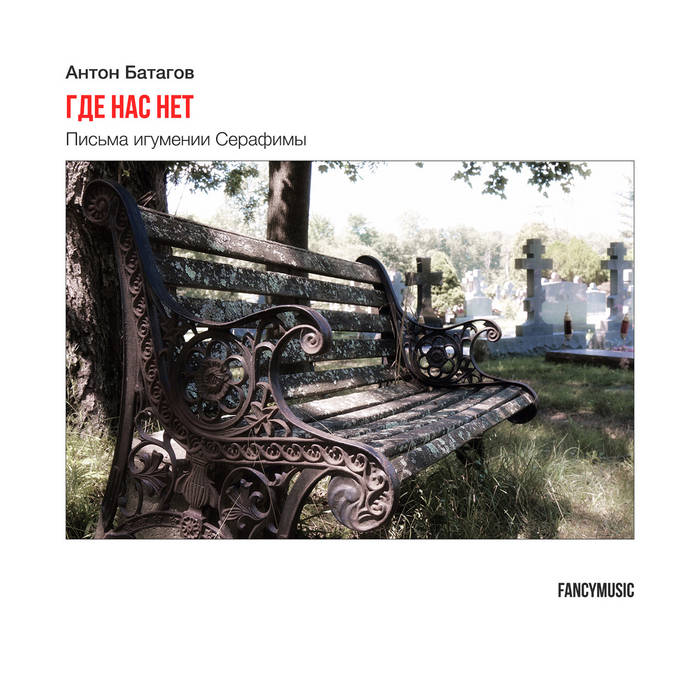 This composition can in a sense be regarded as a continuation of Selected Letters of Sergei Rachmaninoff, a piano cycle written after visiting Rachmaninoff’s grave. The starting point for the new piano cycle was as strong an impression, also in the US and also Russia-related: visiting the Novo-Diveevo Convent and Cemetery. It is a Russian Orthodox convent, and about seven thousand people are buried in the cemetery – mainly those who left Russia after the 1917 revolution, and their families.

However, while the idea of the Letters of Rachmaninoff was totally my invention, that is to say, such letters never existed in “reality”, the new composition builds on a non-fiction plot and excerpts from original letters of Natalia Janson (1895 – 1988). After the death of her husband, Mikhail Alekseevich Janson (1887 – 1953) – biologist, teacher, religious writer and social activist – Natalia Janson became ordained under the name of Mother Seraphima. In the last years of her life she was the Mother Superior of the Novo-Diveevo Convent. Her letters reflect the history of Russian emigration, the history of the country that died in 1917 and continued to live in those people, who forever preserved in themselves the light of Russian culture and spiritual traditions.

Now, let me tell you a bit about where these letters came from.
5 August 2016, I wrote a post on Facebook:

Yesterday we were at the Novo-Diveevo Convent. It is 30 km outside New York. An incredible icon of St. Seraphim of Sarov painted in his lifetime can be found there. The Tzar’s family prayed in front of this icon. There is also a cemetery where thousands of people who left Russia after the 1917 Revolution are buried. Thousands of Orthodox crosses. Noble families (all of whom would simply have been killed by the Bolsheviks because of their “ancestry”). And non-noble families. Russians, Ukrainians. And outside is America, with its life, its history, its rules of the game, and with its illusions. And somewhere far away, there is that non-existent Russia we lost 99 years ago, and haven’t found since, although it seems we tried. And then, there is today’s Russia, a country that is yet again at the twist of its tragic path. As is usual with strong emotions, it is impossible to immediately give them any verbal form. There, on this Russian island in the middle of America, I was standing and crying. Then I caught myself thinking that somehow, I did not want to leave. And so now I am sitting and writing these words. And it seems that music will come out of all this – as once happened with “Letters of Rachmaninoff”.

In one of the comments to this post I read: “My great-grandmother was the Mother Superior of this convent.” A lady called Natalia Janson writes this. I do not know her personally. All I know is that nothing happens by accident. And so, after that I started to compose music, and at some point realized that I should contact Natalia and ask if she had any of her great-grandmother’s letters. I wrote to her. She answered immediately. I started to communicate with her and her father, Mikhail Janson – “Leningrad Petersburgers” (as they call themselves) – and that’s how, gradually, this work was created. With kind permission of Mikhail and Natalia, I have included excerpts from several letters. Those are letters from Natalia Aleksandrovna Janson (Mother Seraphima) to her son Oleg (the family called him Svetik) and to Helmi Huhtanen, a friend of the family (she was fluent in Russian, so the letters are written in Russian); two letters written by Natalia Aleksandrovna’s husband Mikhail Alekseevich, signed “Mikhail and Natalia” and finally, a letter written immediately after the death of Natalia Aleksandrovna by Tamara, a woman who tended to her during her final years.

In 1921, the Jansons moved from Saint Petersburg to Tallinn where they lived until the start of the war, visiting Finland every summer. Among the family’s papers, there is a form, in which Mikhail Alekseevich writes, “My title is professor of botany. Natalia Aleksandrovna is a licensed sister of mercy. Neither of us is a member of any political parties”. In his youth, Mikhail Alekseevich was interested in theosophy, and turned to the patristic tradition in the 1930s. From 1931, the whole family visited the Valaam monastery every summer. Mikhail Janson wrote the books Valaam Elders and The Great Monastery on Valaam, as well as numerous articles.

The war with Finland and Estonia’s accession to the Soviet Union put an end to the Valaam pilgrimages, and the World War II separated members of this family for decades. The son joined the army and found himself in the depths of war-torn Russia. The parents were among those who were relocated to Germany from the occupied territories as part of the labour force. They celebrated the end of the war in different countries, without knowing anything about each other.

After a few difficult post-war years spent in the Russian community in Munich, Mikhail Alekseevich and Natalia Aleksandrovna had to move to the United States. According to Mikhail Janson, “we really and truly did not want to go to America”, but there was no choice: a return to the Soviet Union would have led them directly to Stalin’s camps.

The connection between the son and his parents was arranged, gradually, with difficulty, thanks to the help of Valaam monks (in particular, Luka the elder). However, the communication was in the spirit of the time: he is “here” and they are “there”, and you could not even write each other a letter because any contact with emigrant relatives would have immediately led to arrest.

In 1953 Mikhail Alekseevich died, after which Natalia Aleksandrovna went into a convent. Direct correspondence with her son became possible only in the late 50s, after the denunciation of Stalin’s cult of personality. And it was only in 1970 that Oleg was given permission (!) to visit his mother in the US. It was their first meeting after twenty-nine years of separation. The first, and unfortunately, the last.

It is a story of a mother and a son who found themselves on different sides of the Iron Curtain. And it is a love story in perhaps the highest sense of the word. Just as the wives of the Decembrists, having parted with their titles of nobility and all they were accustomed to, went with their husbands into exile in the 19th century, in the 20th century a Russian woman became a nun, not deeming it possible to continue a secular life after the death of her beloved, dedicating the rest of her life to prayer. And thus, despite the laws of the pragmatic world, true integrity, faith and love reveal themselves.

Music does not serve as an illustration for these letters. It exists in parallel, as a reflection on the proverb “the grass is always greener on the other side” (it is good where we are not in Russian) – and it is not just about far-away countries or about distance. It is about time. It is gone forever, but then returns to show us what has already happened, but in a different form and from a different perspective. Love and prayer as an indivisible whole, as the core of life, as a support and a point of reference, as a state of mind for which neither time nor distance nor death is an obstacle.