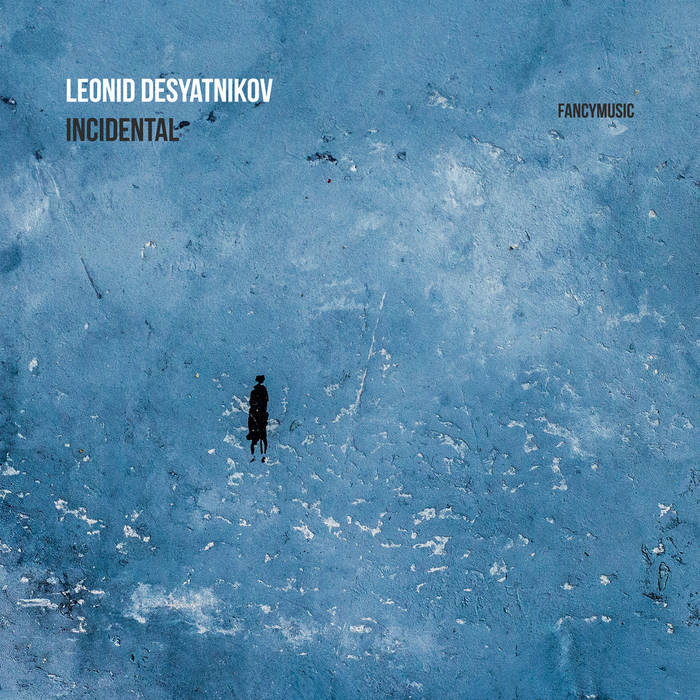 Incidental is a compilation of Leonid Desyatnikov’s compositions for films, the stage and private occasions. Here one can find relatively well-known works: Nocturne from Mania of Giselle, Death of Absalom and Tango from Sunset and Old Romance with its own rich concert biography. But mostly these works are rare pieces, amazing but for various reasons little-known music from a master of his craft. Forgotten melodies for flute are as pearls scattered on the tiled cutting room floor of films from days of Perestroika, leitmotivs on long faded credits or commissions that never saw the light of day: “Offcuts and leftovers,” as Desyatnikov puts it. This CD is the result of painstaking research in the archives, something, which in Desyatnikov’s case, guarantees unexpected and delightful discoveries.

The CD opens with the theme from the 1992 thriller Touch, one of Russia’s first locally-made horror films. This strange, yet genuinely frightening film holds an important place in the hearts of the fans of this genre.

This is the last film in the career of Albert Mkrtchyan, author of the iconic Guardian and Sannikov Land. Future researchers will certainly be interested in the soundtrack, in which Desyatnikov, inspired by the works of Gubaidulina, employs sonoristic mechanics: the music keynote of the film is a catchy melody with an anxiously beating Chopin-like vein.

If the soundtrack to Touch is, perhaps, familiar to some, then Siciliana was performed only once at the ‘Homecoming’ festival without any mention of the composer’s name. It is a short theme from the ballet The Lost Illusions, or, to be more precise, from a ballet set-in another ballet, which has fallen victim to final cuts. The neo-classical music in the spirit of Stravinsky’s Apollo Musagetes partly dissolved in the second act was subsequently presented to the violinist Roman Mints. The three-minute fragment of this micro-ballet is what we hear in the recording. Paradoxically, it is the only available fragment from The Lost Illusions, the soundtrack of which hasn’t yet been officially released.

One of the most striking discoveries included in this compilation is Letter to Father, based on the text of a letter penned by ten-year-old Gidon Kremer and composed as a gift for the Latvian violinist’s 60th birthday: the piano notes from the introduction, imitating the sound of open violin strings, are a tribute to his profession.

The earliest and perhaps the most unexpected discovery here is the Three Stories of the Jackal written in 1982 – after Poor Lisa and The Gift, in the same year as the carefree Bouquet, but long before The Poet’s Love and Life. The melodeclamation of the fairy tales of the Maghreb in French was written at the request of Gidon Kremer, but, due to circumstances, the project was shelved, and the Three Stories were only performed for the first time many years later. They unexpectedly rhyme with the symphony The Rite of Winter 1949, which is based on the texts of a post-war Soviet-published English textbook, while Three Stories are taken from a reader for students of French. Literally nothing is known about the author of the textbook - Jean-Pierre Tuvel. The distance between the composer and the text is what unites the two works: in Winter, basic Soviet English is understood as a dead and sacred Latin, which is interpreted by the composer with a reverential indifference, and in the Three Stories the author is clearly not that interested in the plot of the Maghreb tales. Desyatnikov is also not that close to French (although it is just as imperceptible as in the case of Stravinsky, who wrote Abraham and Isaac in Hebrew without knowing the language). The recitation is extremely decorative, it just adorns a small audioplay with chicken clucking and howls of muezzins performed by choir students.


Death of Absalom and Tango, selected musical fragments from Alexander Zeldovich’s film Sunset are much more famous. Sunset gave the world a characteristic Desyatnikov hybrid – klezmer-tango, and an Odessa-style mix of Argentinean and shtetl music. “When there is such an idea – half the battle is done, and the soundtrack of the film is in your pocket,” Desyatnikov confesses.

Sketches to ‘Sunset’, Titles from Moscow Nights, and the waltz In Honor of Dickens have long been concert favorites, and Nocturne has a whole army of fans. It is interesting to trace their origin. Nocturne, which became the main theme of the film Mania of Giselle, was written for an unsuccessful operetta based on the Hero of Our Time, which was due to be performed at the Leningrad Theatre of Musical Comedy; the theme should have been the background for Pechorin’s internal monologue. Old Romance has also been taken from the same source as a gentle homage to Russian amateur music of the 19th century. The piano waltz In Honor of Dickens was once performed by a small theatrical orchestra in the performance of the Leningrad Youth Theatre’s The Cricket on the Hearth.

The variations of the popular Gypsy song No Evening Glow (Nevechernyaya), three fragments from music composed for the play The Living Corpse, staged at the Alexandrinsky Theatre, also belong to the stage world. The famous song takes the form of a wild klezmer-hopak, and also – implicitly – an elegy and waltz in the spirit of Arensky. “Here I appeared as the last representative of the Second Viennese school”, Desyatnikov says ironically. “The notes of the famous melody remained unchanged, but they are grouped in a completely different way – so that you simply cannot identify it. It turns out to be such a vague sweet music, which could be heard, for example, in Leo Tolstoy’s house - why not?”

This digest of Desyatnikov’s occasional pieces turns out to be a compilation in which nothing is incidental. Providence took the composer through a series of commissions to the only possible arrangements. Stravinsky said that the only unquestionable purpose of film music is to feed the composer, but as this CD demonstrates, there are composers for whom applied music is another reason to be alone with the instrument and score sheet. All else – deadlines, details and the circumstances of creation – are already irrelevant.

Movies are forgotten, ballets disappear, theatre names change, but melodies refuse to vanish – they find themselves in new scores (or at least inspire them), slip into conservatory halls, become full concert numbers. They live their own lives independent of composers or archivists. Something written for various purposes is formed into a recognizable portrait, where randomness becomes inevitable, optional becomes necessary, and a forgotten trinket turns out to be a jewel.

Translation into English and text editing:

Heartful gratitude to Julia and Sergey Skvortsov for financial support